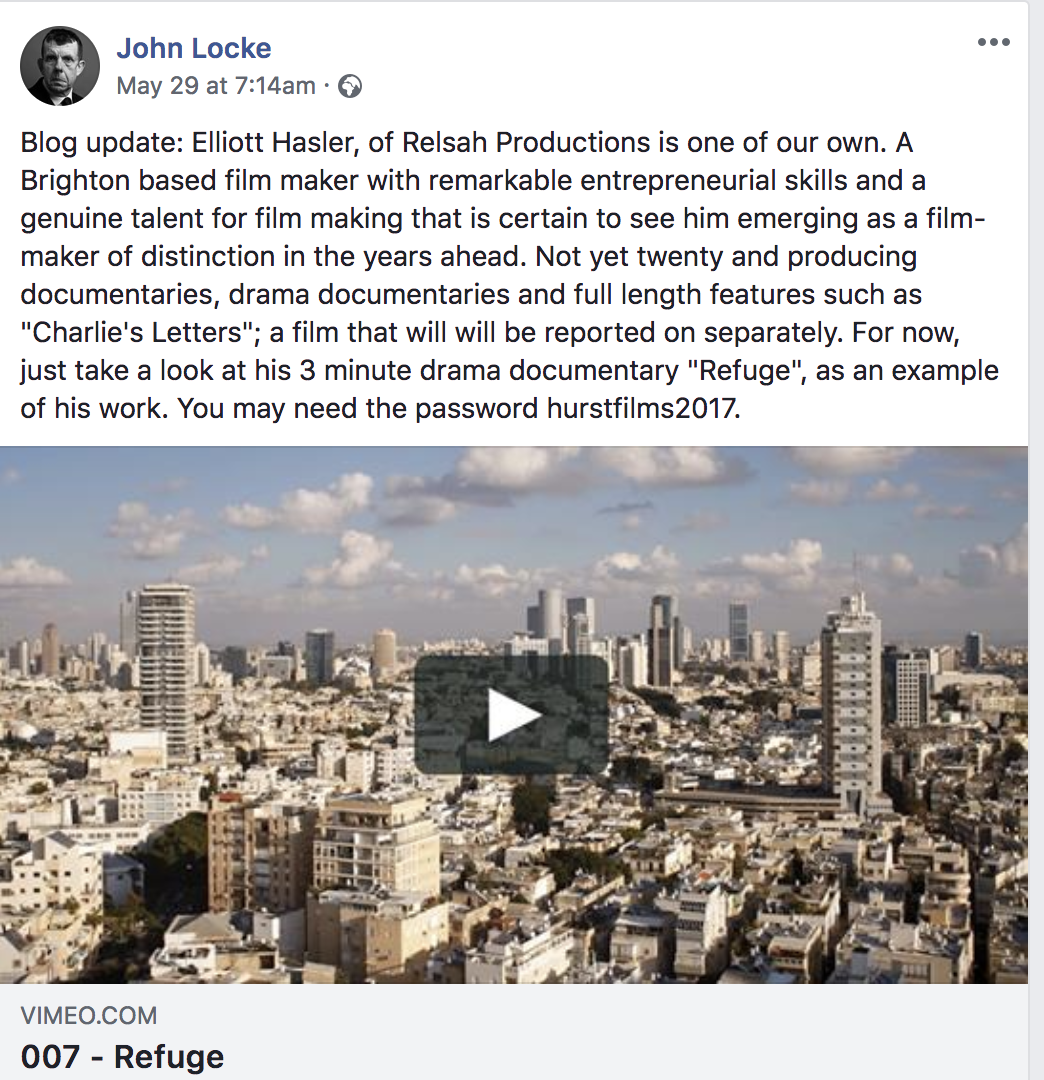 We’re excited to share a review from John Locke, an actor and director who played Oliver Wilson in the Oscar winning film Darkest Hour.

John says, “Elliott Hasler, of Relsah Productions is one of our own. A Brighton based film maker with remarkable entrepreneurial skills and a genuine talent for film making that is certain to see him emerging as a film-maker of distinction in the years ahead. Not yet twenty and producing documentaries, drama documentaries and full length features such as “Charlie’s Letters”; a film that will will be reported on separately. For now, just take a look at his 3 minute drama documentary “Refuge”, as an example of his work.”

With thanks to John Locke for featuring our short film.

Charlie’s Letters will be Screened at Film Expo South