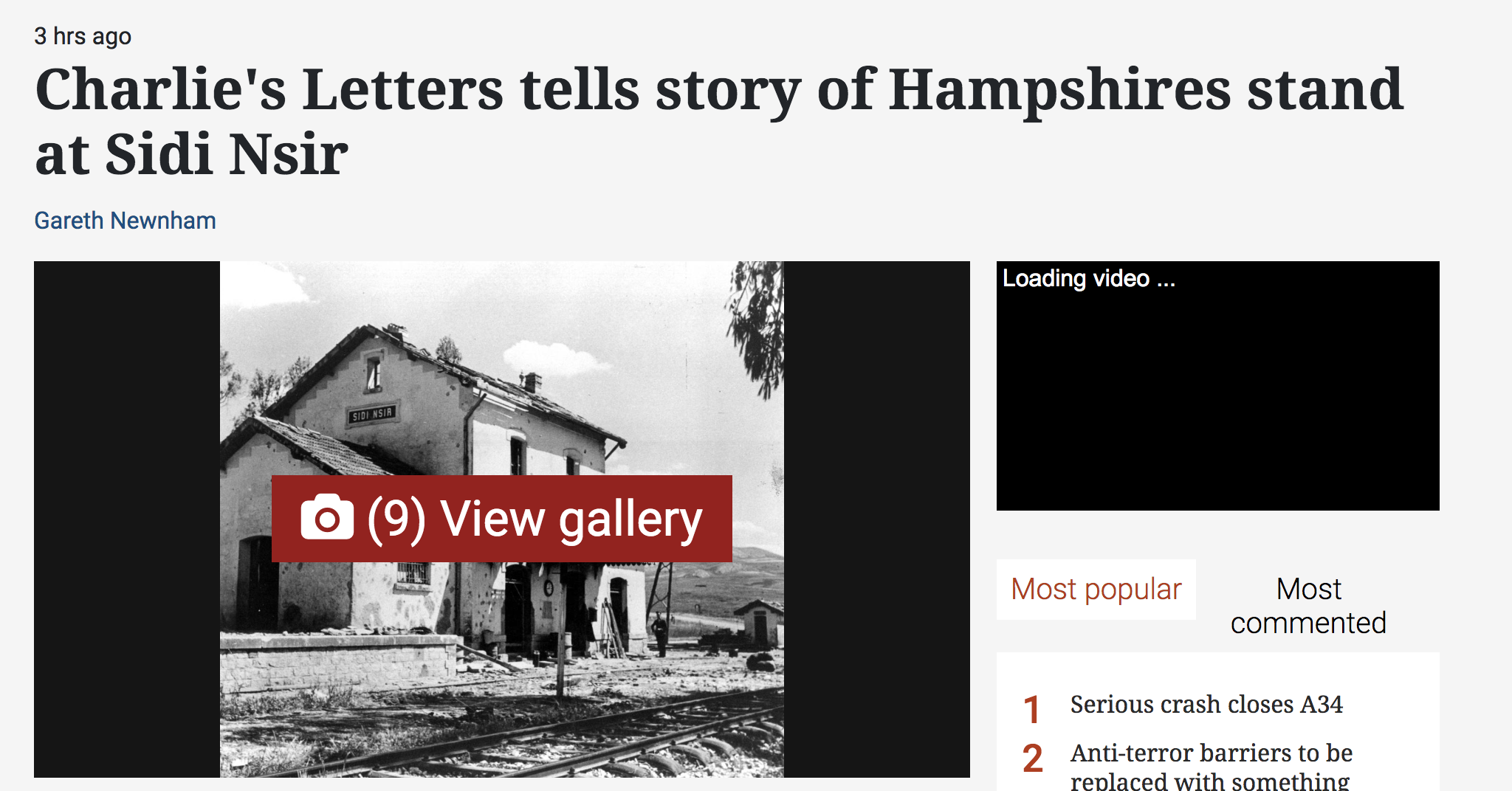 We’re pleased to share that our Charlie’s Letters commemorative screening has been featured in The Hampshire Chronicle.

Don’t forget the screening is this Saturday 3rd March and you can grab your tickets HERE.

On Saturday 3rd March at Harbour Lights Cinema, Southampton, witness acclaimed director Elliott Hasler’s epic feature, ‘Charlie’s Letters’, in a special one-off screening to commemorate the 75th anniversary of the Battle of Sidi Nsir, where the Royal Hampshire Regiment made a gallant stand against the opposing Nazi forces in Tunisia in 1943.

The film itself depicts the true story of Hasler’s great-grandfather Private Charlie Standing of the Royal Hampshire Regiment’s battle for survival as an escaped POW, whilst on the run in war-torn Italy, as his wife and young son anxiously await news in England.

The 1hr 20 picture has garnered significant praise from within the industry, with Culture Trip’s Graham Fuller writing how “Hasler has pulled off a miracle” and that “this 17 year old Brit might be the next Steven Spielberg.” So don’t miss out on this special one-off screening of the critically acclaimed, Edinburgh Fringe phenomenon; ‘Charlie’s Letters’.

A Q&A with Hasler will follow the screening where he hopes other families of veterans of the RHR will be able to share their stories and reflect on what their loved ones would have had to endure.