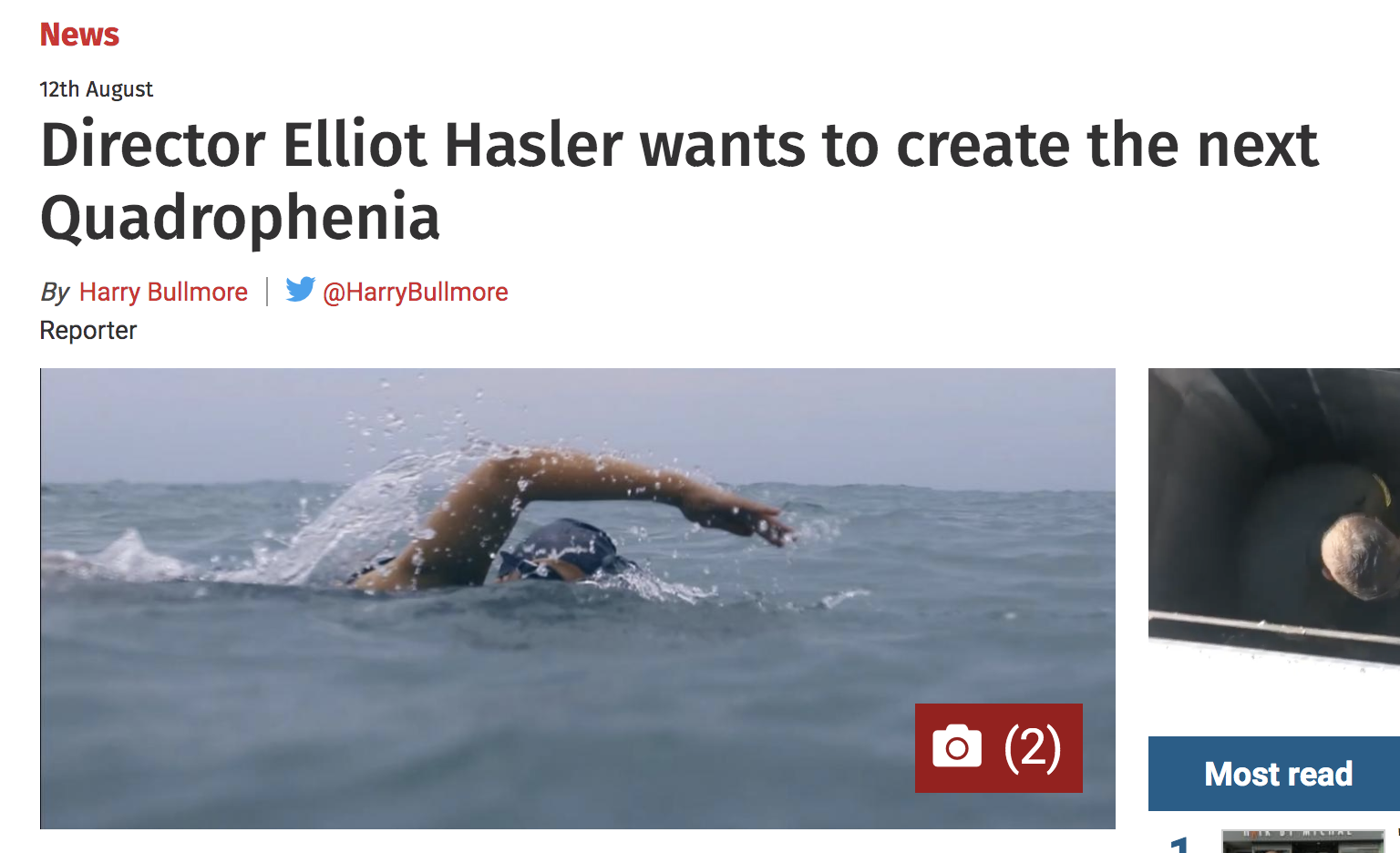 This week as well as being a busy week of initial shoots out on the water for our upcoming feature film Vindication Swim, its also been a busy week of press. In our latest interview we are featured in The Argus newspaper.

The article starts by saying… “THE UK’s youngest film director wants to create the biggest Brighton film since Quadrophenia.

Elliott Hasler wants to remind residents about the “forgotten Brighton story” of the first British woman to swim the English Channel – Mercedes Gleitze in 1927.

The 18-year-old became the youngest director of a feature length film in the UK in 2017 when he released Charlie’s Letters – the story of his great-grandfather’s experiences in the Second World War. After its release, several reviews hailed him as “the next Spielberg”.

Two years on he is readying his cast – including Albion assistant manager Billy Reid – and crew to begin filming on a second venture.”

Read the full article via The Argus online here.