Soneva, the world-leading luxury resort operator, announced that Soneva Jani will welcome Elliott Hasler, the youngest feature film director in the United Kingdom from July 1 to 7, 2019. While at Soneva Jani Elliott will be hosting a dinner and screening at Cinema Paradiso, the Maldives’ first overwater cinema. Charlie’s Letters, as well as To Hunt a Tiger and Nootau, will be part of the screening.

The latter two films are set to be released later this year and next year, meaning Soneva Jani is hosting the first public screening. He will also run a mobile video shooting workshop for guests. Elliott will also be shooting a short two-minute story about the resort. View Elliott’s visitor profile on Soneva here.

Elliott recently completed To Hunt a Tiger, a short film set in the British Raj featuring John Locke (Darkest Hour, The Favourite) and Charlotte Peters (Pound of Flesh, Interlude in Prague). The film is a tale of love, loss and adventure against a backdrop of early 20th Century India. It centres on a troubled English hunter who travels to West Bengal with the intention of hunting an elusive and magnificent tiger. To Hunt a Tiger was shot in Sri Lanka, following in the footsteps of David Lean’s The Bridge on the River Kwai, it also features an original score by Emmy Award Winning composer, Daniel Clive McCallum.

Soneva Jani is located on the island of Medhufaru within a 5.6 kilometer lagoon in the Noonu Atoll, and has uninterrupted ocean views in all directions. The lagoon is 35 minutes by seaplane from Malé International Airport and one hour by speedboat from Soneva Fushi. The luxury rooms cost upto $14,000 a night.

Soneva is a pioneering family of hospitality properties and products, offering holistic encounters in luxurious and inspiring environments – from world class hotels to outstanding natural locations. Combining luxury with a conscientious approach to sustainability and the environment, and proactively changing the nature of hospitality, it delivers intuitive service and meaningful experiences to the guests. 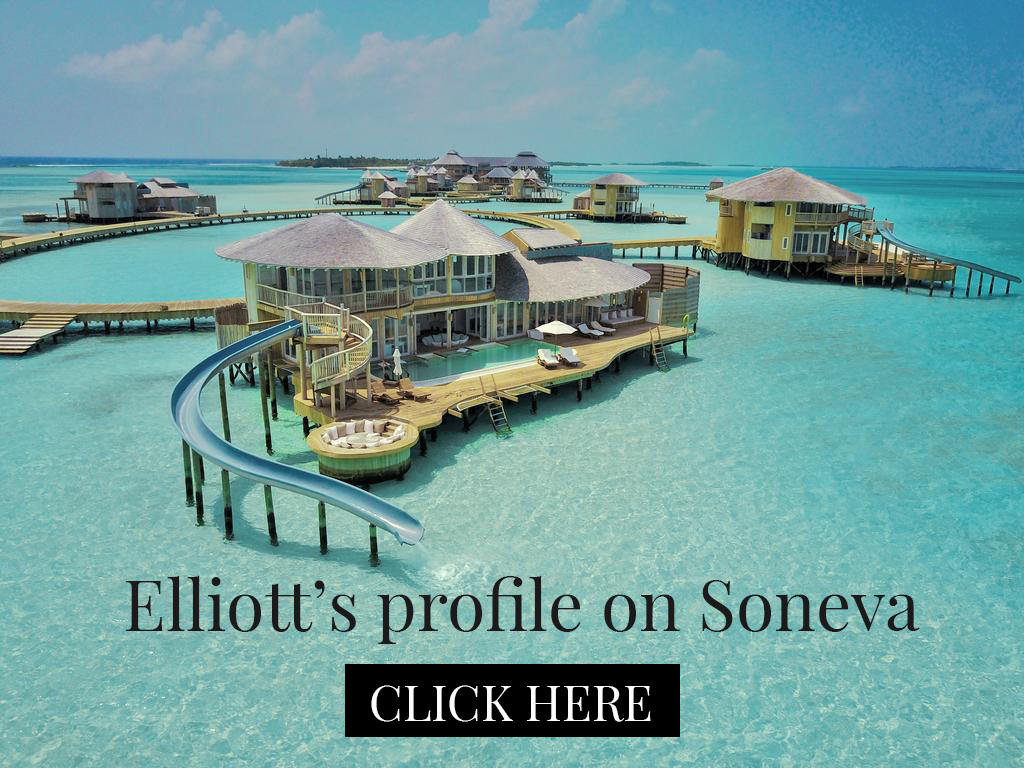