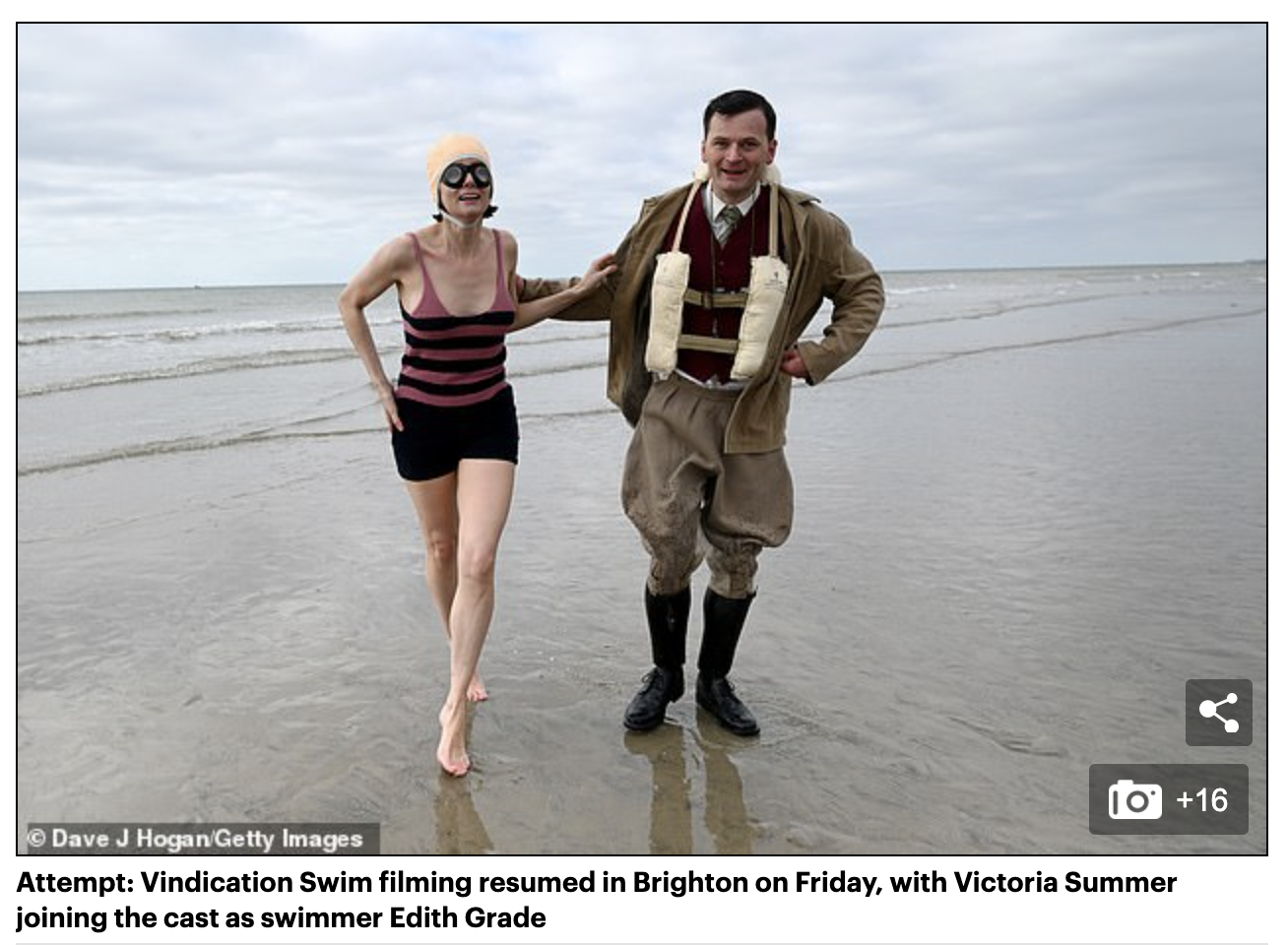 We’re pleased to say we’ve had another great feature in The Daily Mail this week, with lots of behind the scenes photos of this weeks filming for Vindication Swim.

The article starts, “Filming for the biopic Vindication Swim resumed in Brighton on Friday, with Victoria Summer joining the cast as swimmer Edith Grade.

The actress, 39, donned a modest swimsuit to film scenes on the chilly beaches for the period drama, which depicts the athlete’s fierce rivalry with Mercedes Gleitze in their quest to become the first British woman to swim the English Channel.”