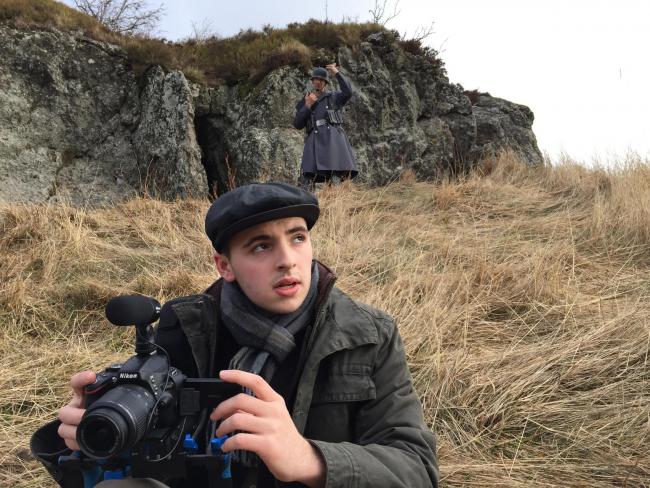 We’re excited to have been featured in today’s Argus.

Here is a snippet of the article:

“A TEENAGER is to become Brighton Fringe’s youngest feature film director after being inspired by his great-grandfather’s experience as a prisoner of war.

Elliott Hasler, 16, from Hove, is to debut feature film Charlie’s Letters at the Nightingale Room today as part of Brighton Fringe.

It is based on the real-life adventures of his great-grandfather Charlie Standing, one of the first residents of Milner Flats in Brighton, who was captured in Tunisia during the Second World War.

After being freed from an Italian POW camp as part of the Italian Armistice, Mr Standing spent 18 months trying to get home, evading Germans, living with peasants and fighting with the underground resistance while his wife and young son anxiously awaited news back in Brighton.”

Read the full article on The Argus website here.

Listen to our Interview on BBC Sussex Breakfast Radio