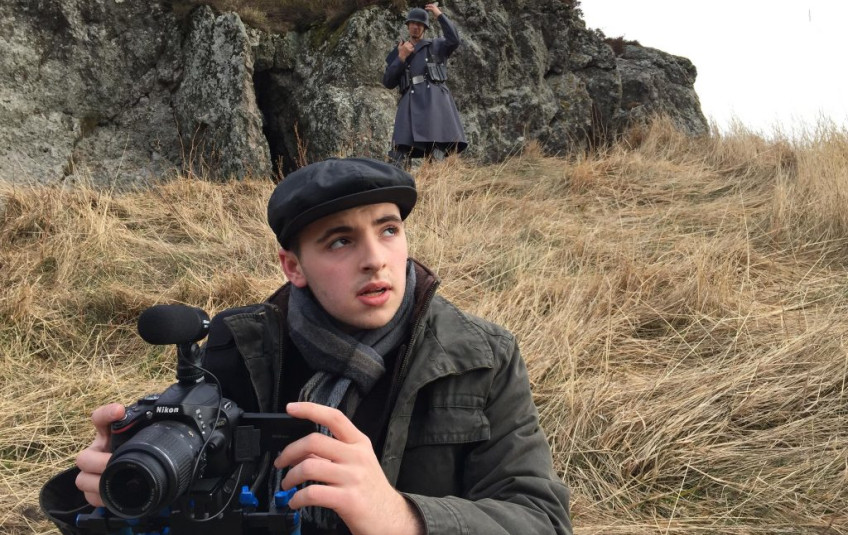 With one acclaimed feature already under his belt by the age of sixteen, Elliott Hasler has the distinction of being the youngest film director in the UK. The Brighton-based teen auteur (who now has an exciting new project in the pipeline), directed his 2017 debut, Charlie’s Letters, while still at school. Not only that, but he also wrote, produced and starred in it.

A three-year labour of love, Relsah Productions’ ninety-minute drama charts the true, inspiring story of Hasler’s great-grandfather. A World War II veteran, Charles Standing escaped a POW camp before making a daring eighteen-month journey across Italy to return to his wife and son in Sussex. Hasler plays his own great-grandfather and, prior to shooting, conducted meticulous research on his family history and WWII. Charlie’s Letters was then filmed on a very low budget across five countries, as well as key locations in Brighton. The result was a multi-genre cinematic experience that blends historical drama with romance and action.

When the feature premiered at the Brighton Fringe last year, critics were astounded at Hasler’s youth, hailing the film ‘a miracle’ and the director as ‘the next Spielberg’. Through sheer force of imagination alone, he can now call himself one of the best young filmmakers in the UK and beyond.

Hasler is not the only moviemaker to launch his career at a tender age. Other young directors have included Sam Raimi, who filmed the The Evil Dead at twenty-two, the same age as John Singleton made Boyz N the Hood. Peter Jackson directed his first short film at sixteen and Orson Welles made an eight-minute drama at nineteen. Just four years later he was directing Citizen Kane (which sadly missed out on the Oscar). Other notable young directors include Bernardo Bertolucci, Michael Reeves and Robert Rodriguez.

However, what’s unusual about Hasler is that, while most directors are content to experiment with short films in their teens before moving on to longer works later, he had directed an entire feature by the age of sixteen and in fact started the project at only thirteen.

If the career trajectories of the filmmakers listed are anything to go by, things look bright for this rising star.

Despite his early success, the UK’s youngest movie director has no intention of resting on his laurels. In fact, Hasler is now re-visiting his fascination with plucky heroes from England’s past by developing a new project, Vindication Swim.The feature-length film will tell the story of swimmer Mercedes Gleitze, who had to fight to overcome the sexist society of 1920s Britain to become the first English woman to swim the Channel. After a rival came forward claiming to have already accomplished the feat, Gleitze was forced to battle against the Channel Swimming Association in order to retain her record and her legacy. Relsah Productions are now raising funds of £25,000 on Kickstarter for the project, with a deadline of 20th August 2018. 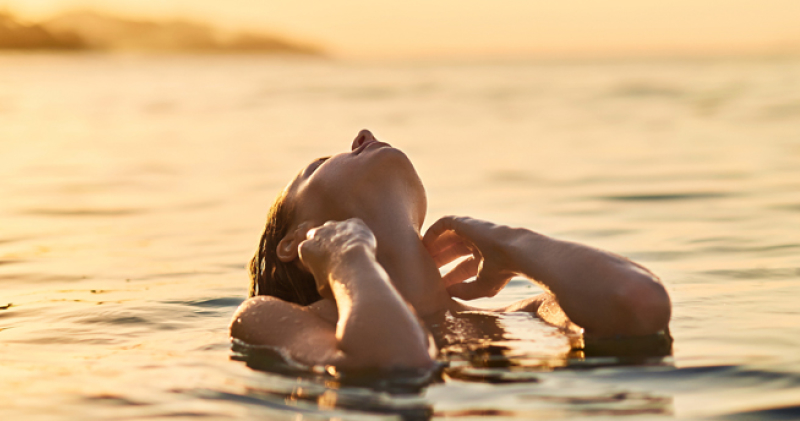 Vindication Swim will revisit Hasler’s previous theme of a character that undertakes an amazing feat of endurance. It is no surprise that our director is attracted to this kind of subject matter — after spending three years of his teens creating a feature film on almost no budget, he has shown that he has the same determination and mettle as his cinematic subjects.

This means that, as far as achievements go, he can take his place proudly alongside courageous figures like cross-Channel swimmers and even his own war hero great-grandfather. And if he has accomplished this much by the age of seventeen, who knows what the future holds for the UK’s youngest film director?

Would you like to help Vindication Swim get to the big screen? Make a donation on Kickstarter by 20th August 2018.