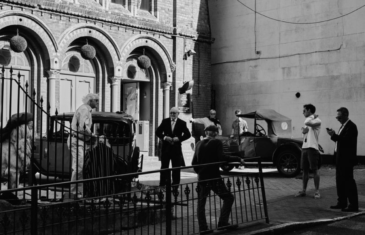 A great little write up by Sussex Express about our recent shoot in Lewes for Vindication Swim. Find out more and see some behind the scenes snaps here: https://www.sussexexpress.co.uk/arts-and-culture/film-and-tv/film-crews-spotted-lewes-why-2900528?amp 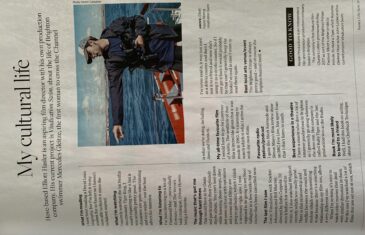 We’re pleased to share this interview with our director Elliott Hasler in June’s edition of Sussex Life Magazine. He speaks about the challenges of filming Vindication Swim and the plans for Relsah into 2021. 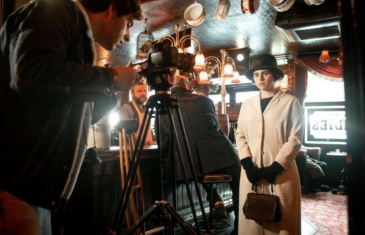 We’re pleased to share this article with you today as we were interviewed by Brighton Argus about our upcoming feature film Vindication Swim and how we are coping during lockdown. Have a read of the full article here: https://www.theargus.co.uk/news/18425882.brighton-directors-film-extraordinary-swimmer-mercedes-gleitze/ 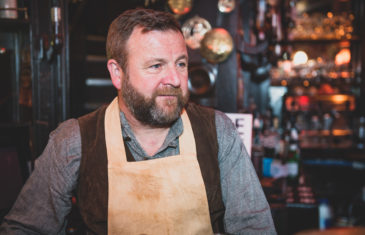 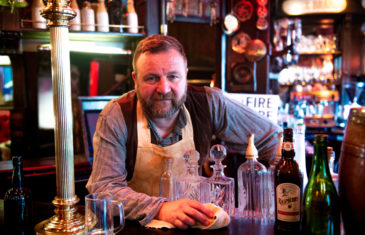 Billy Reid, Brighton & Hove Albion’s assistant manager’s last piece of work in Brighton before the season was put on hold and the oldest pub in Brighton was closed due to the Corona Virus. He was playing the part of Pub Landlord in the Cricketers Pub Brighton for the feature film Vindication Swim, written and […] 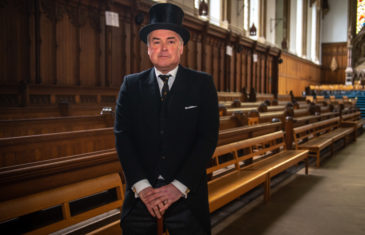 We’re pleased to announce Vindication Swim will feature Tim Laughton MP’ as his acting debut. He will play William Joynson-Hicks the Home Secretary of the 1920’s. Here are some behind the scenes photos from us filming with Tim and the rest of the cast a couple of weeks ago. The Argus have also covered this […] 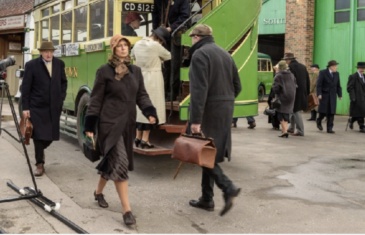 We’ve had a busy week shooting for Vindication Swim, including some scenes at Amberley Museum. The West Sussex Gazette came along to cover the shoot, and you can read their article here. We were also featured in West Sussex County Times here. 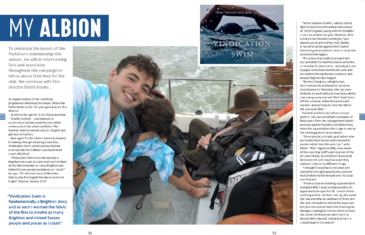 We’ve a great article to share with you today from Brighton & Hove Albion’s program. We’ve been featured on two double page spreads about Elliott, Vindication Swim and Billy Reid’s first acting role in the movie. Read the article in full here. 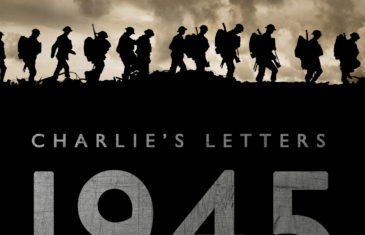 We’re excited to share that Elliott, the UK’s youngest feature film director, will make his Berlin European Film Market debut with his 1hr 20 min movie Charlie’s Letters.  Elliott has been pinned by some in the industry as the next Spielberg and is now set to release Charlies Letters onto the world stage. Charlie’s Letters Synopsis: A […] 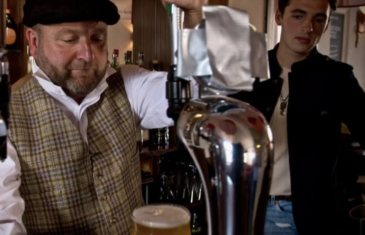 Another great feature to share with you today. The Daily Record have shared about Billy Reid’s role in our upcoming feature film Vindication Swim. The article reads, “Reid has helped Brighton pick up some valuable points but can be seen pulling pints as a 1920s landlord in  Vindication Swim, which tells the story of Brighton-born […]